Bradford Council is one of a dwindling number of councils still providing pest control services. Unfortunately, their job is not getting any easier in an era of smaller budgets and council austerity. All of that aside, the Council's pest control officer is warning the city about a potentially busy wasp season. The warning is one that should be heeded all across England.

Bradford's pest control office has been fielding roughly 20 wasp calls per day for some time now. Pest control officer Andrew Richmond believes this year could be as bad as last, perhaps even worse under the right conditions. The only saving grace at this point is the fact that the season started about mid-June this year, as opposed to late April and early May last year.

The challenge with wasps is directly related to the weather. We rely on cold winters to reduce populations so that they are more manageable come spring. When winter weather is not as cold as it should be, larger numbers of wasps survive to emerge with warming temperatures. This year most areas of England did not get too warm until the first part of June. Last year we were dealing with warm temperatures much earlier. Making matters worse this year is the fact that warm temperatures persisted well into last autumn. 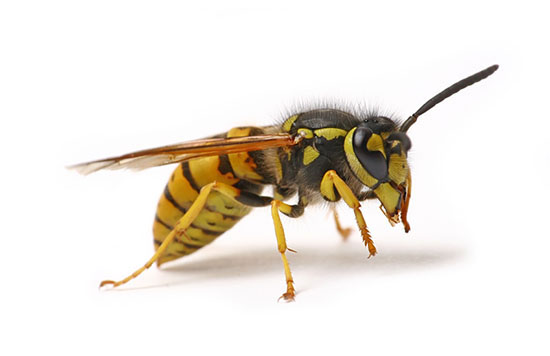 Bradford Council acknowledges that residents could attempt to handle wasp problems on by themselves. However, they caution against doing so because of the inherent danger posed by the insects. We agree with that warning. Residents are better off calling Pest Control Berkshire for wasp problems anywhere in the county.

Consumers need to realise that wasps can become very aggressive upon being threatened. Using a DIY insecticide bought over-the-counter may work on small numbers of wasps in a confined area, but its effectiveness will be limited when dealing with a large colony. Trying to eliminate a large nest by yourself could aggravate the wasps until they eventually swarm and threaten your safety.

Pest Control Berkshire provides fast and reliable wasp control in Hungerford, Thatcham, Newbury, and other towns within 25 miles of our home base. We do our best to always respond with same-day service, and we give priority to emergencies. We encourage you to heed the wasp warnings from the professionals; this could be a very bad year.

Did you find this article useful/ helpful/ interesting? Perhaps you know someone who would enjoy reading it?
Here's the full link:- https://www.pestcontrolberkshire.com/blog/more-warnings-coming-in-for-busy-wasp-season