The grey squirrel has always had a bad press, and it looks like it might be about to get even worse. Because not only is the humble grey squirrel charged with decimating the indigenous red squirrel population and damaging trees, it now seems that they carry a dangerous disease according to the latest research. 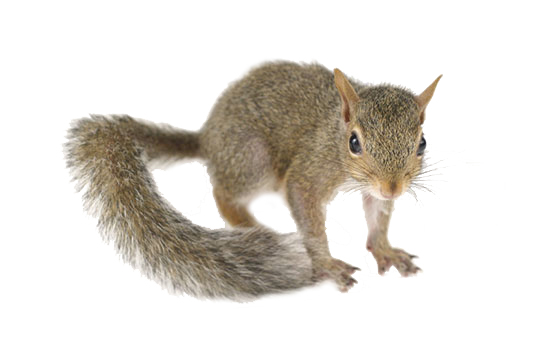 A recent study by the University of Glasgow has found that grey squirrels carry the Borrelia bacteria, which can cause Lyme disease in humans when it is transferred via ticks. Lyme disease is a dangerous illness, which causes an inflammatory disorder affecting the joints, the heart and the nervous system. It is passed to humans via the sheep or deer tick (Ixodes ricinus). These ticks are commonly found on rodents and birds. Scientists tested 679 squirrels from across Scotland and the North of England and were alarmed to find that around 12% of the grey squirrels carried a strain of the Borrelia bacteria, which is most commonly found in birds.

Lyme disease is not particularly common, but it can be extremely serious. People who spend time in the countryside, such as campers, farmers and walkers are most likely to get bitten by a tick. Symptoms include headache and muscle pains, up to 30 days after a bite. Antibiotics are an effective treatment if it is identified.

Often people are unaware they have been bitten, however, so it's important to check your arms and legs for ticks after visiting the countryside and only to remove them with a tick hook.

Squirrels can become a serious pest if they are allowed to multiply out of control and news that they carry the bacteria that causes Lyme disease is not welcome. They can proliferate in parks where large groups of people gather, feeding out of park bins on discarded food. People often feed squirrels in parks.

In the light of these new findings it would seem unwise to hand feed grey squirrels in the park, and to keep your distance.

There is controversy about how the squirrel population should be kept in check, with some people advocating their use as a food source. However, the discovery of the presence of Lyme disease bacteria in the grey squirrel population is likely to make the capture and killing of grey squirrels for food illegal. If you have a problem with grey squirrels your best course of action is to call a pest control company in Berkshire, who will be able to deal with them for you.

We offer a complete pest control service throughout Reading and West Berkshire. Call our friendly, helpful team today for advice. 01635 250 852

Did you find this article useful/ helpful/ interesting? Perhaps you know someone who would enjoy reading it?
Here's the full link:- https://www.pestcontrolberkshire.com/blog/can-grey-squirrels-transmit-infection